Sometimes you just got to stick your neck out.

And turning to a natural diet from Paleo Works may be just such a time.  When all around you friends are ‘dieting‘ frantically for the “spring summer season” and challenging your paleo principles you need to hold your ground, keep focussed and show ‘em what can be done with common sense.

The word diet means simply this: food and drink that is regularly provided and consumed.  Nowhere in that definition does it say restrictive, lacking, MEAN, small portions or low-fat.  And when we talk about the Paleo Works “diet” we are looking at much more than eating, we are looking at a lifestyle that transforms.  Simply by cooking your own food you regain control.  And the emphasis in paleo  is on “how” not why, not yet,  you can and will want to  learn that later.  Paleo is telling you what not to eat, not passing you ready made meals in sachets, bars and shakes.  We are telling you how to eat.

As ‘paleoistas’, we eat nutrient dense food.  And science supports this choice.

There are no gimmicks, no supplements, we are not selling anything, we don’t send you out with pre-packaged food because we don’t think you can cope on your own – for sure, what kind of a message is that telling you?  And our “diet” is based around real food.

And real food gives you plenty of options without limits.

Some think that when they see how a caveman style diet avoids grains, legumes, sugar and sometimes dairy that this is a fad diet.  Some think that “no grains” is a tall order.  Why?  Well, perhaps because all we see out there is processed food.  And our attention is constantly pushed to external advertising as all the big companies want you to spend money and buy into their new food products.  The majority of which are based on processed grains, high fructose corn syrup and colouring.  Because it’s cheap and turns a  good profit.  Where’s the big easy mark up in eggs and meat?  In this way they distract us to such a point that we forget real food exists.

Life is based on evolution.  Mike Paleo says “humanity is standing on the precipice of change and the western pattern diet is steering us on a collision course with our own destiny“.  Never have we faced such choice, such ease such comfort and luxury.  Do you think we would have evolved as a species if bronze age man had found himself in such comfort and luxury?  No because there is nothing to fight against nothing to propel us forward as a species.  Our diet is robbing us of our existence: and yes, it’s as fundamental as that.

This paleo diet offers you a lifestyle combined with a template for eating.  Paleo is generous and good to us.  There are no calorie limits or restrictions, no “macronutrient” ratios – no – we have to work this out for ourselves.  We have to get involved and make this diet work for our own goals, our own needs and our own life.  And then tweak it til you get it right.  And just like that, life falls back into our control as we learn how to diet and live longer.

We can support you as you evolve but just like those cavemen, the work, the drive must come from you.  This is not a short term answer but it is a solution based on science, evolution and physiology.  Take comfort in the fact that the paleo “path” has stood the test of time, hundreds of thousands of years of time in fact so that:

“We have not even to risk the adventure alone, for the heroes of all time have gone before us — the labyrinth is thoroughly known” Joseph Campbell

January Blues or How Paleo Works 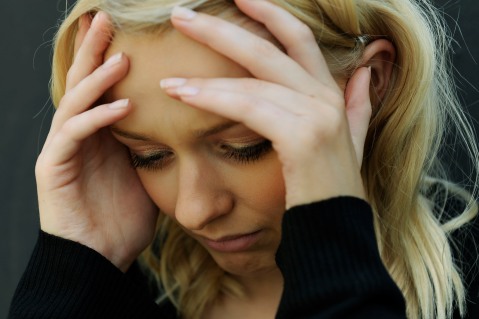 Christmas already seems like a distant memory and  for many of us, those fanciful New Year’s Resolutions have been kicked into touch alongside the turkey carcass.  Mid-January can be a bleak time of year for most people and often times we can find ourselves reaching for food as a substitute when things get tough.

We are not talking about the big things that occur (thankfully) only seldom in our lives but more the small things that occupy us on a daily basis: those things we have to do but take us out of ourselves and into caring for others.

Keep an eye on those and the feelings they can stir. Is there a connection there between you and food? When the unwashed dishes beckon from the sink and tea calls from the fridge to be made before the kids come home, when the laundry pile catches your eye as you pass guiltily by to the cupboard for another chocolate biscuit pause for a minute and determine what you are doing. Because it isn’t helping.

Well, OK, may be it does help for the first minute it’s in your mouth. After that, it’s really not helping.

Modern life has a lot to answer for doesn’t it? We seem to have backed ourselves into corners where nothing seems to feel quite right. Except food. Sometimes it feels like it is the only time we get to take a break and give something back to ourselves.

There is another way.  Paleo or primal eating works on many levels. The most important can be the fact that those surges and slumps in blood sugar caused by eating a low fat whole grain standard western diet simply do not occur. This is body by science, reason and understanding.  By learning body basics and understanding that what you eat has cause and effect in this way, you can regain control of your life and bring yourself back into balance.

In the interim, do you know the best way to counteract exhaustion and fatigue? If you are tired, sleep. Power naps are great.  Japanese business models use power naps for staff.  Doctors and nurses power nap.  Max Hirshkowitz, the Director of the Sleep Center at Houston’s Michael E. DeBakey Veterans Affairs Medical Center says, “We’re biologically programmed to take a nap in midafternoon. It’s the Industrial Revolution that separated us from siesta, because it was too expensive to shut down big machines in the middle of the day and turn them back on.”

But long before the arrival of Power Naps, many famous people were already doing what comes naturally. For instance, Winston Churchill said, “You must sleep some time between lunch and dinner and no halfway measures. Take off your clothes and get into bed. That’s what I always do. Don’t think you will be doing less work because you sleep during the day. That’s a foolish notion held by people who have no imagination. You will accomplish more. You get two days in one – well, at least one and a half, I’m sure. When the war started, I had to sleep during the day because that was the only way I could cope with my responsibilities.”

So why not you?  Take time out for 30 minutes and rest up.  It will pay off in the long term.  Press your reset button and move on.  Sometime soon and eating a paleo diet you will notice that the highs and lows of carbohydrate eating have gone and life becomes much simpler and much more in balance.  Though some days can still call for a power nap ! 🙂 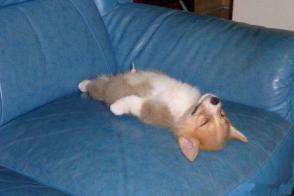