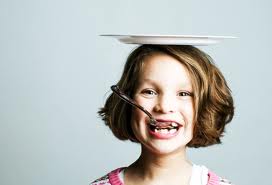 “I was busy bringing up four children as a single mum when I stopped eating.  Not stopped stopped eating but well, I was bored with food and had stopped caring.”  And so begins a series of interesting observations from a close friend.

“And if you had asked me at the time, I wouldn’t have complained that the food and cooking were bad, there was just something missing something that I never could put my finger on.  It wasn’t until I went with the children to a meal with friends that I began to grasp an inkling of what it was.  Like I said, it wasn’t the food, or the surroundings or the fact that someone else was cooking for me….it was the chef who I knew right away had magic in her fingers!  The food was real, plain, simple.  It was the food she personally knew: butternut squash soup, roast lamb, sweet vegetables and a light chocolate mousse that sprang to life as we ate it, melting seductively in our mouths.”

“It wasn’t restaurant food, exotic food, haute-cuisine, fancy food – it was real food: bright and simple, it tasted so good  and somehow it touched our emotions, stirred deep memories: like it was soul food.  I remember looking up for a moment and hearing my children talking, laughing, sharing round the table and the bubble of my own memory this brought back of sitting round the table with my own parents, enjoying food with others that sense of companionship prompting confidences and a sense of loving acceptance.”

“On the walk home the laughter continued, my daughter’s rosy cheeks glowing.  And it got me thinking…was it the food?  For sure I had served roast dinners to the children and soup and chocolate pudding, so it wasn’t the food?  Was it the cook’s commitment to the food?  Possible but that still did not seem to me to account for the profound sense of soul that came with the meal.  And then it hit me: nobody cooks anymore and may be the art of cooking has gone.”

Once cooking was at the heart of every home and tied up with such feeling.  Now for many it’s been lost, replaced by individual units: pre-packaged meals, bags of processed convenience food, take-aways even those cold cured bits and pieces at the upmarket super stores or those raw food advocates who don’t even bother with cooking, believing that all cooked food is dangerous.  And yet turn on any television station and it’s there being promoted through game shows, celebrity chefs, cooking programmes, restaurant challenges..it seems food has moved out of the home and into a new arena where active participation by viewers does not seem part of the deal?  It is boiled down to a process of entertainment, marginalised like high end fashion or interior design and is another example of a profound rift with our past: our “nourishing traditions”.

Happiness used to mean enough food to eat.  Cooking held the family together and was synonymous with contentment and pleasure: stability in an uncertain world.  In it’s own way too it has provided me with a living memory bank of my childhood, my growing up – it is a profound link back to a past long gone but those memories of food and my life remain.  Do you recall your early days of food and eating with your family?

This post is written with a heartfelt wish for you to tap into those loving memories and bring them back for your own family.  Eating a paleo diet for me taps automatically into strong memories for the meals we eat tap into my own stored memory of recipes and meals we ate as children, meals my own mother ate with her parents using real food and natural ingredients.  Try it and see: on a clear day, pull the table up under the window and let the sun shine on it, lay a bright cloth, set the table with your best china, some flowers, call the children over, sit down together and eat.

This week we are collecting and recording our meals to show you how we eat a paleo diet with the children through the week.  Paleo is possible, you just keep walking forwards one foot in front of the other!

The National Center on Addiction and Substance Abuse (CASA) (2011, Sept.). The importance of family dinners VII. Retrieved December 22, 2011 from http://www.casacolumbia.org/